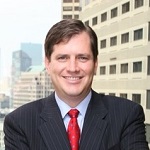 Our experienced team of recruiters is led by Kevin Conley, who began his career with Russell Reynolds Associates as a member of the Financial Services team in New York. Throughout his career, Kevin has focused on C-Level executives and high-impact positions. He founded The Westgate Group and quickly grew the firm into a leading boutique with offices in Boston and New York which he later sold to Korn Ferry.  At Korn Ferry, Mr. Conley served on the Executive Committee and ran the New England Region, ($50m plus in revenue with 35 Managing Directors in two offices). Today, he is an entrepreneur and has run our search firm for 17 years. Kevin earned a BA from Yale University and was Captain of Men's Ice Hockey.

Mr. Conley donates 25% of his profits to diabetes research.  From 2004 to 2010, he served as the Chairman of the Board of Trustees for the Joslin Diabetes Center, the largest independent diabetes center in the world, and an affiliate of Harvard Medical School. He remains very active with diabetes serving on the Board of the Joslin Foundation, the College Diabetes Network, and Christie Student Health.