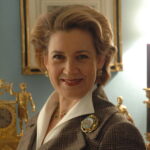 April Riddle Gow is Managing Partner of Canongate Partners which she and Roddy Gow co-founded in 2011.  Canongate Partners is an Anglo-American affiliate of Conley Search Group.  April has recruited talent and served as a strategic and policy advisor for over 20 years.  Specializing in senior level recruitment in the nonprofit arts and cultural heritage sector, she has also worked alongside her partners in Financial Services, Human Resources and Luxury Goods practices.  Prior to her career in search, Ms. Gow worked in corporate marketing and communication for Alfa Romeo, Toyota, Estee Lauder and Aetna.  She has also held executive positions in the nonprofit sector in Los Angeles, New York and London.  She has lived and worked in Japan, and has travelled extensively throughout Asia, the Middle East, Africa and Europe.

Ms. Gow has served on numerous nonprofit boards in Los Angeles, New York, Tokyo and London, including:  The College Women’s Association of Japan; The Japan Society of Southern California; Blue Light Theatre Company in New York; she founded and co-chaired the American Friends of the London Symphony Orchestra in New York; she served as a Governor of St Marylebone Church of England School in London, founded in 1791; and a member of the Vestry of Trinity Episcopal Church in Southport, CT., founded in 1725.  She currently serves on the Board of Urban Stages, an off-Broadway award-winning theatre company in New York; the Advisory Board of the Hospitality Committee for the United Nations Delegations and the Advisory Board of Asia Scotland Institute.  Ms Gow has also been a Council Member of the Brookings Institution in Washington DC and the Foreign Policy Association in New York.  She has been involved with Oxford University’s Said Business School and has performed the role of Master of Ceremonies for two Oxford India Business Forums in Mumbai and New Delhi, which were filmed by CNBC.

While an Art History student at San Diego State University, she was chosen for the Junior Year Abroad program to study at its campus in Florence, Italy, staying for a second year to take courses at the University of Florence.  She returned to California to attend the University of California Los Angeles to study Political Science and International Relations.